Tap for the app 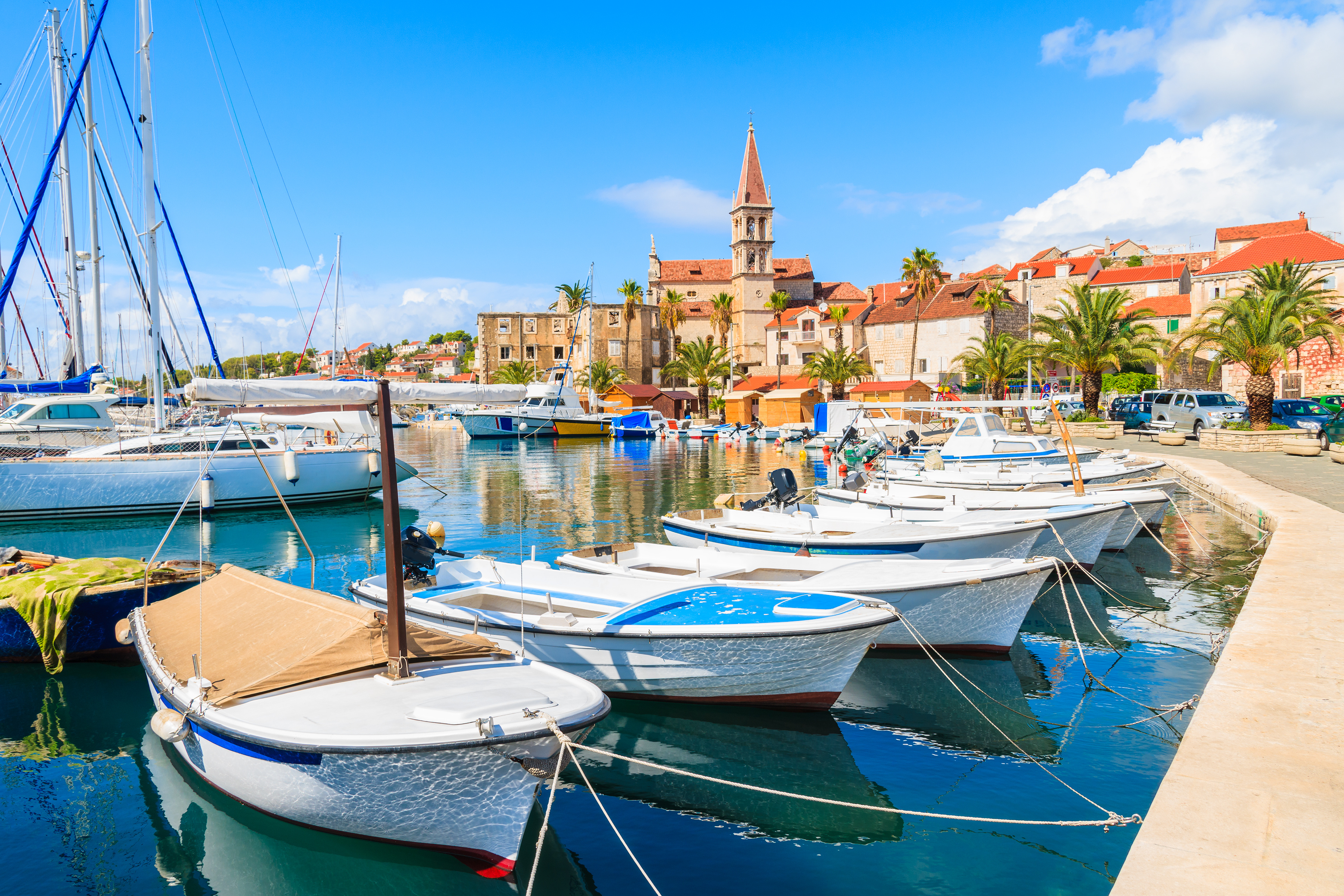 With an area of 369 square meters, Brač is the largest island in Dalmatia and the third largest in the Adriatic. Located in the Adriatic sea just off the coast of Split, the inhabitants of the island live in numerous settlements. Brač is divided into one city and 7 municipalities, including 22 settlements. Its 2 largest towns, Supetar and Bol, are the main transportation hubs for getting to and from the island.

The island is similar to Hvar for its tranquil qualities with its rolling hills, clear waters, pine and fig trees and isolated bays. Its tallest peak, Mount St. Vid, stands at 778 meters, making it the highest island point in all of the Adriatic. Brač enjoys characteristically dry, hot summers and mild, wet winters, although there is a significant difference between the coastal areas and ground higher than 500 meters. During summer, average temperature is around 22°C during hot days.

In almost every place in Brač, it is possible to rent cars to getting around the island. Scooters, quads and bicycles can also be rented, as well as rent sailboat Croatia. Visitors can also ride in buses from Supetar to get to and explore the other places of the island.

There are so many sights on Brač. One of the most highly recommended is Dragon’s Cave near the Murvica village south of the island. There is also the Hermitage of Blaca that can be reached from the Blaca beach or the Vidova gora mountain. Consider visiting the monastery in Bol that has a great collection of prehistoric items. There is also a museum in the village of Škrip.

Home to one of the most beautiful beaches in the whole of Adriatic, Zlatini Rat is located in Bol, south of the island. Brač has numerous secret beaches, hidden in the many coves around the island. Another very popular beach in the island is the Lovrenica beach near the resort of Postira. Because of the vast amount of pebble beaches and private coves, exploring these is a top attractions in Brač.

The nature and active life lovers can enjoy wind and kit surfing, sailing Croatia, scuba diving, sea kayaking, mountain climbing, trekking, trail running and rock climbing on the island. Many of them gather during Outdoor and Cult Film Festival “Vanka Regule” (Out of Rules) which is the most important summer event of outdoor enthusiasts.

With its folk culture and historical heritage, traditional tavernas and local restaurants are plentiful in Brač. Two of their must-try delicacy is their local lamb dishes (vitalac) and the famous Brač cheese which is deemed as the best in whole Adriatic by many Croatians.

The island is very famous for its local wines and spirits, found almost on all restaurants. Their most famous offering is called Bolski Plavac. This is a spirit made of grapes with herbs. Brač is now playing host to more local festivals which are bringing them a renewed night life.